303Cycling is your source for cycling news in the state of Colorado. We have the best consolidated cycling calendar covering all events from racing, tours, events and more. Our jobs page allows those in or out of the state looking for employers who support your interests and values. Additionally 303cycling is Colorado's daily news source on cycling - whether your interest is commuting, advocacy, recreational rider or passionate racer, we've got you covered.

Dana Willett - Managing Partner, Editor-in-Chief 303cycling, 303Triathlon:
With a long career of journalism, research and marketing experience, Dana Willett joined 303 in the spring of 2013 with a helmet full of ideas and enthusiasm. This late-in-life triathlete first entered the sport in 2007, fully equipped with swim floaties and training wheels. Since then she's progressed through the various distances, including a couple Ironman races, a handful of marathons, and now mountain biking. The sweet taste of a few small podiums, a few qualifications and decent rankings, and an honor here and there keep her coming back for more. She is motivated to attempt every tri in the state of Colorado, and is also racing XTERRA and loves jumping in on charity rides. Having been inspired and supported by the strong triathlon & cycling community in the Denver/Boulder area, Dana is committed to providing informative and encouraging cycling & triathlon news to all Colorado multisport athletes, including first-timers, pros, and everyone in between. 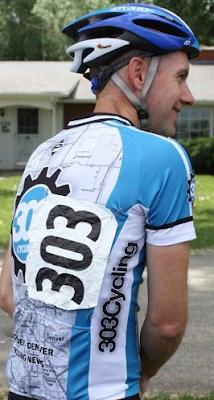 Kris Thompson - Founder - Founder, Kris Thompson, never felt connected to some of the national or international cycling news outlets because for him cycling was happening here, right where he rides, not in France or at some random race in Florida. There are many existing outlets for Colorado cycling news but none consolidated into one stream. Plus with the rise of negative doping in cycling Kris and many others lost faith in cycling as a professional sport. Kris has spent his entire life on two wheels from hours upon hours of dirt bike riding on a family farm in Missouri to BMX Freestyle, Mountain Biking, Road, Track, Downhill and his favorite, Cyclocross. Outside of competition he enjoys hill climbs and Ride the Rockies along with his new love of Downhilling at Winter Park. A software engineer designing mobile apps by day and 303Cycling manager by night (and day). Would love to do some longer bike tours in Colorado and abroad, especially in Germany since Kris is fluent in German. Favorite thing about 303Cycling? Connecting people with useful information, the more we know the strong our community can become. 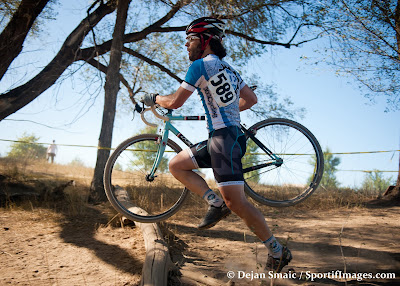 David Kutcipal can say he's been in the cycling industry since 1994 when he moved here from Chicago and took a job with Schwinn, in IT of course. After years (and years) of abusing his body running marathons, ultras and 24 hour races, he got on a bike to save himself. He started racing bikes in 2003 and has enjoyed road, cyclocross and MTB. His interest in photography began as an interest in the then new digital technology. Soon after he discovered he had a talent for it. In addition to his cycling photography he has photographed sporting events ranging from his son's soccer to international polo matches. He has also started to show some of his portrait and nature photography locally. He is excited to head back to his home state of Michigan this Fall for his first MTB race in years, The Iceman. And like Kris, 303Cycling gives him the chance to geek out both on bikes and the computer.

Cheri Felix - Partner
Cheri rides mountain bikes and lately has become cross curious. She has three kids, one dog, one bearded dragon and a husband. When she’s not taking care of her family she’s riding, planning a ride or writing about riding. Cheri’s passion is spreading the good word about riding on dirt and how it can change your life. She also likes beer which is not a requirement to ride bikes. You can follow Cheri on Twitter @mtnbikechic

Katie Macarelli
Katie is a Colorado native who grew up on a dairy farm on the Eastern Plains. She learned how to drive a tractor before riding a bike but found that there is a surprising amount of skill transfer between the two. She got her start in the Colorado cycling scene competing in triathlons for around five years until she realized that running is the worst. She loves racing cx (or at least hanging out at cx races), crits (getting dropped) and is working on becoming fearless on her mtb. Katie worked as an educator for Bicycle Colorado for three years, during which she likely taught your child how to ride a bike without training wheels. While working with 303, she also took pride in the fact that Kris Thompson would fire her at least once a day but would always rehire her by 5 p.m.

Gloria Lui
The old adage of “moving to Colorado for the winters and staying for the summers” was true for Gloria—skiing and snowboarding were the initial lure, but bikes have kept her here. In addition to racing mountain bikes, Gloria has helped to produce pro power analysis for the Tour de France, USA Pro Cycling Challenge, Ironman World Championships and more as the former content editor for Boulder-based TrainingPeaks. Though this made her all too painfully aware of how her wattage compares to some of the best athletes in the world, she’s also learned a thing or two about training science, working with some of the best cycling coaches in the country to create training and nutrition articles. In 2014, Gloria will be documenting mountain bike trails, races and adventures in Colorado, Utah, British Columbia and Nepal as a freelance writer. Follow her two-wheeled, two-planked and half-baked missions on Twitter @thats_my_line. 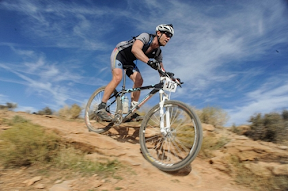 Ben Welnak
Four years, eight bikes, and thousands of miles landed Ben Welnak in the middle of 303Cycling country. He has been a Colorado native-at-heart for the past 2.5 years getting here just as soon as he could convince his wife! Ben quickly learned that the energy and passion of the Colorado Cycling Community is second to none. He is also a mountain biker at heart. In 2007 he jumped head first into the endurance mountain biking scene after several years of running marathons and triathlons. During the last four years he's raced four 24 hour solo races, as well as many 12 hour, 100 mile, and other marathon length races. The people and the late race conversations with fellow racers keep him coming back. He is happy to be a part of 303Cycling and the 303Cycling Community. He looks forward to seeing all of you out on the trail!

Brian Patrick is originally from Pennsylvania and came west, first to Utah in 1994 and then to Boulder in 1995, for the rock climbing, among other things, and knew nothing of cycling until 2005. Although he became involved in the cycling industry fairly recently, he may have the most street cred. In 2006 he filmed at the Tour de France and several other prestigious US road and cross races. His background is in video production and online media with over 6-years of experience producing video in the endurance sports market. He has covered the local Colorado cyclocross scene for the past 4 years and has produced 3 televised broadcasts of the Colorado Cyclocross State Championships. He is a recreational cyclist that enjoys riding in the mountains and competing in a handful of cyclocross races in the fall.

Learn more about those also behind our sister site, 303triathlon.com